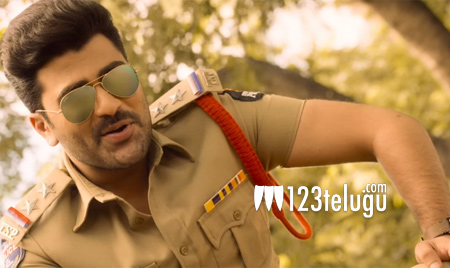 It is a known fact that Sharwanand is busy acting in his upcoming film in the direction of debutant Chandramohan. The film’s teaser which was released today looks quite interesting and funny.

Sharwanand impresses in a funny cop avatar for the first time. With every film of his, the talented actor is choosing different roles and is creating a niche audience for himself.

BVSN Prasad produces this film which will be released on the 29th of March as Ugadi special. Lavanya Tripathi is the film’s leading lady.