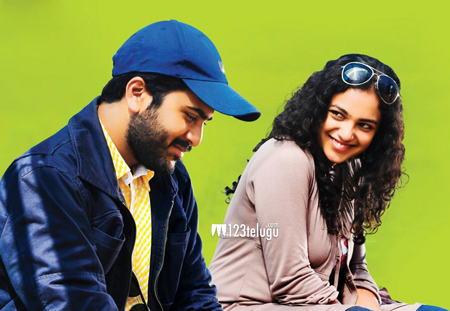 Sharwanand and Nithya Menen are pairing up for the second time in their careers and currently, they are acting together in Kranthi Madhav’s film. The film was launched last month in Hyderabad and it is being touted as a soulful love story.

Currently, the film unit is in Vizag and several scenes are being shot on the lead pair in and around Vizag. The film is being produced by KA Vallabha and K S Rama Rao is presenting it. Sharwanand is playing the role of an athlete and talking about the film, KS Rama Rao said, “I have produced many films in my career and scripts like these are rare to find these days. I was thoroughly impressed by how well the script has shaped up and it will be a very good film from our banner.”

Gopi Sundar is scoring the music and VS Gnanasekhar is the cinematographer. The film is expected to hit the screens in August this year.