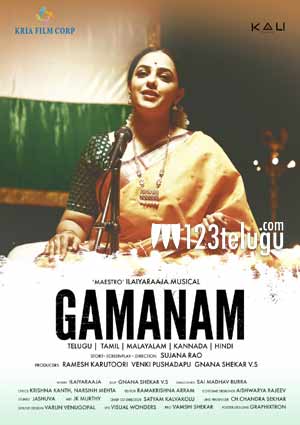 Gaganam features star heroine Shriya in the lead role. The film is touted as a real-life drama and it also features young actors Priyanka Jawalkar and Shiva Kandukuri in key roles.

Debutant Sujana Rao is directing the movie and Maestro Ilayaraja is composing the music. Gnana Shekar V.S., besides cranking the camera, is also producing the movie in association with Ramesh Karutoori and Venki Pushadapu.