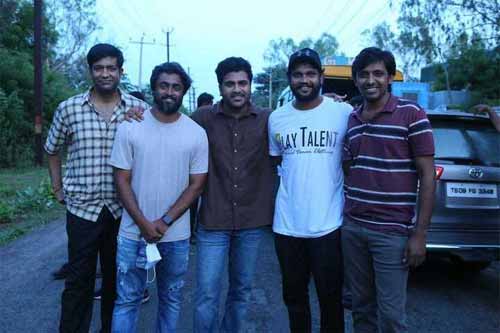 It is a known fact that young and promising hero Sharwanand’s upcoming film tentatively “Sharwa 30” is bankrolled by SR Prabhu under ‘Dream Warrior Pictures’, the producers of the blockbuster film ‘Khaidi’.

The movie is directed by debutant Shree Karthick with dialogues written by Tharun Bhascker. Telugu girl Ritu Varma stars opposite Sharwa, along with Vennela Kishore and Priyadharshi playing the supporting roles.

The shooting resumed after the lockdown of COVID-19, the team has now made it official about the complete wrap up of the shoots. The music for this film is composed by Jakes Bejoy.