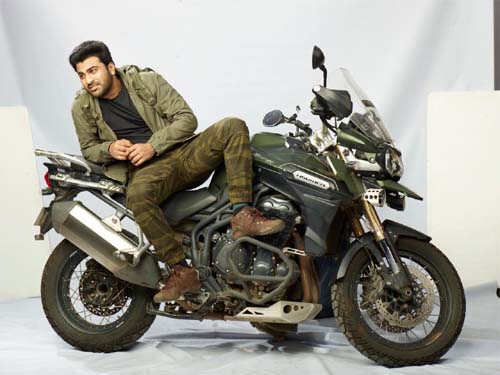 Finally, the makers of Sharwanand’s soon-to-commence intense love and action drama, Maha Samudram, have made the official announcement. The film will be directed by RX 100 fame Ajay Bhupathi and leading producer Anil Sunkara will be bankrolling the project under AK Entertainments.

Maha Samudram’s makers claimed that Sharwa’s role will be quite intense and that it will remain as one of the most memorable movies in his career. Even though the makers are tight-lipped about the rest of the cast, it’s being rumored that versatile actor Siddharth and Bollywood actress Aditi Rao Hydari will be playing lead roles in the movie.

More updates regarding the film will be out every week. Stay tuned for further details. 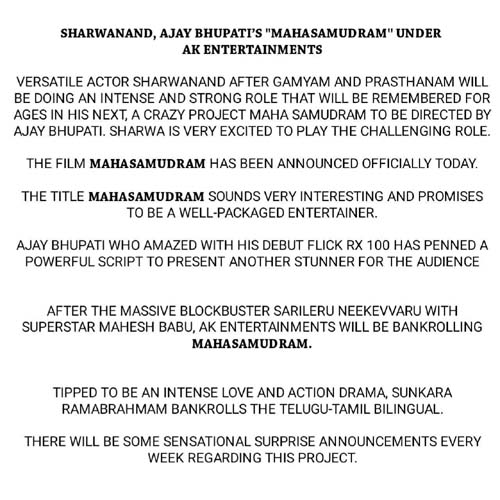