Sharwanand’s next with top banner announced
Published on Aug 5, 2020 3:00 am IST 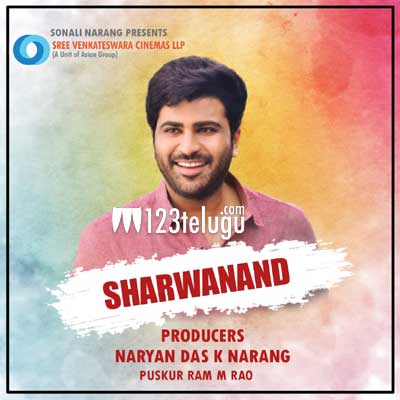 Hero Sharwanand is currently working on Sreekaram and a Telugu-Tamil bilingual. He is also said to be in talks with a couple of noted production houses for his next projects. And here’s a new update on his latest project.

Sharwa will next be joining forces with noted distributor and producer Narayan Das K Narang and Puskur Ram Mohan Rao has been announced this evening. The film’s director and other cast and crew will be announced soon. Stay tuned for further details. Narayan Das Narang and Ram Mohan Rao are currently bankrolling Naga Chaitanya and Sai Pallavi’s Love Story.