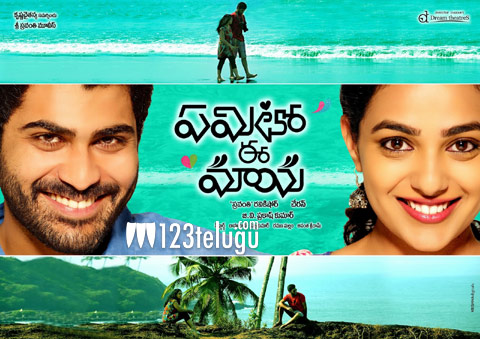 Sharwanand is one of the most talented actors we have in the industry and he is desperately waiting for a good hit to prove his mettle. He is gearing up with two releases this month.

One of the movies ,’Satya 2′, is going to release on the 8th of November and another movie titled ‘Yemito Ee Maya’ will be releasing on the 29th of this month. Nitya Menon is paired opposite Sharwanand in this sweet romantic entertainer.

The movie has been shot simultaneously in Tamil and Telugu and will be releasing on the same day. The audio of the movie will be out very soon.

Cheran has directed this bilingual and GV Prakash has composed the music of this film. Sravanthi Ravi Kishore has produced the movie on his banner ‘Sravanthi Movies’.