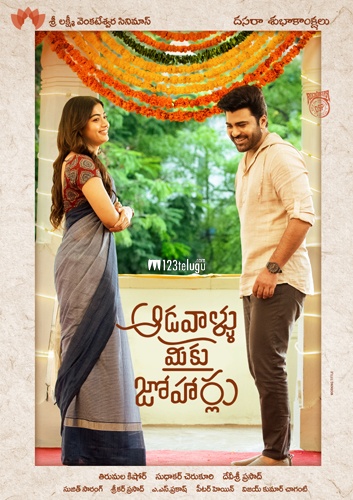 Sharwa is an actor who needs a desperate hit under his belt. He had pinned all his hopes on Samudram but the film did not receive the response it needed and Sharwa’s flop streak continues.

Now, the only film that can save him is Aadollu Meeku Joharlu that is being directed by Kishore Tirumala and has Rashmika as the heroine.

The film is a romantic comedy and the fans and family audience love Sharwa in such films. The news is that Sharwa has a very good role and the film is shaping out quite well.

So, will this film click and bring Sharwa back into the game. Only time will tell.