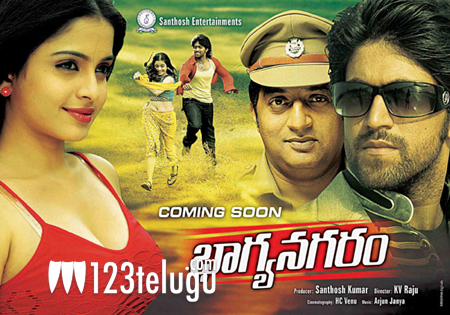 Sheena (Bindaas fame) will soon be seen in a new movie titled ‘Bhagyanagaram’ and the film is gearing up for release in the last week of April. Noted Kannada director K.V.Raju is the director of this movie and Santosh Kumar is the producer. Prakash Raj is essaying a key role in this movie and Mumaith Khan is going to be seen in an item song.

Arjun Jenya has composed the music for this movie and the audio album will be out in March. ‘Bhagyanagaram’ is a riveting masala entertainer that showcases the problems faced by four youngsters, say the makers.