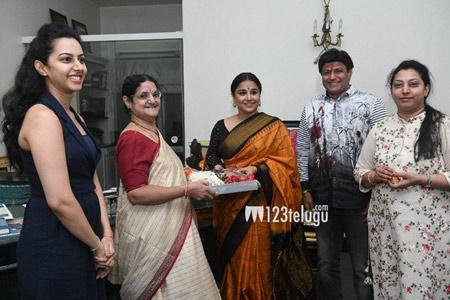 The shooting of NTR biopic is currently on and some of the top stars in the industry play crucial roles in the film. Vidya Balan is one of them and she plays NTR’s wife Basavatarakam in the film.

The latest we hear from our sources is that Vidya Balan will be playing the sheet anchor’s role in the film and it will be through her character that the film will be narrated on screen.

Going into details, the film starts off with Vidya Balan aka Basavatarakam narrating the story of NTR to her grandchildren. The news also is that Vidya Balan’s role will be quite key during the second half where NTR becomes the CM of the state for the first time.

It will be very interesting to see how Krish has narrated all this in a gripping manner in the film.