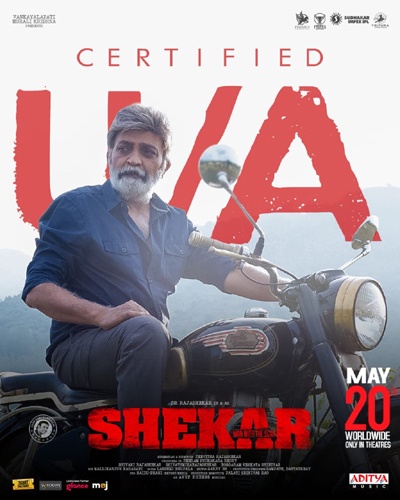 Angry Star Rajashekar is ready to enthral audiences with his upcoming film, Shekar. Directed by his beloved wife, Jeevitha Rajashekar, the movie is all set to hit screens this Friday.

Ahead of that, the movie cleared the censor formalities today and was awarded a U/A certificate from the CBFC. The makers have announced the same online.