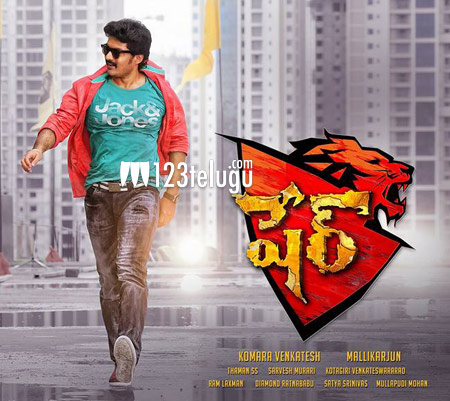 Sometime back, we had reported that the makers of Nandamuri Kalyan Ram’s Sher decided to release the film on October 22nd due to the sudden postponement of Akhil Akkineni’s debut film.

As per the latest updates, the makers have decided to now forwarded the release date to its previous scheduled date (i.e October 30th). The reason behind the postponement is said to be that the production team did not want to take any chances with the openings as three other Telugu films are releasing on the same day.

Touted to be an out and out entertainer, Sher has Sonal Chauhan playing the female lead. The film is directed by Kalyanram’s longtime associate Malli and produced by Komara Venkatesh.