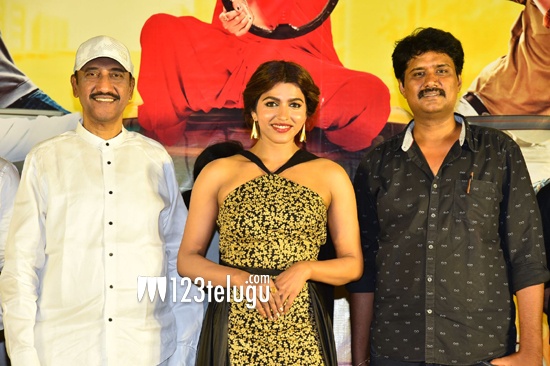 The film’s pre-release event happened yesterday in Hyderabad. During the event, director Hari Kolagani said that they have been overwhelmed by the response and the judgement of the college students of Narayana Engineering College, Nellore. He also noted that the youngsters’ feedback gives energy to the entire team. Editor, choreographer Subhash Master, lyricist Bhaskarabhatla, actors and the entire team supported and gave their best for the movie, said Hari Kolagani.

He further mentioned that producer Babji gave them so much freedom while making the movie. The director wished that the entire team would get a name and fame with this movie.