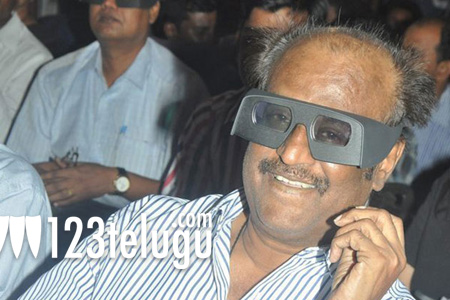 Rajinikanth starrer Shivaji is all set to be re-released later this year and this time it’s going to be in 3D. AVM Productions had been working on the 3D conversion for a long time and earlier this year, they had screened the film to select few journalists in Chennai. People who have seen the film claim that it’s a unique experience and AVM Productions is quite confident that Rajinikanth’s fans will lap it up. The film is expected to hit the screens on December 12, 2012, which also happens to be Rajinikanth’s birthday. Shriya Saran had played the lead role opposite Rajinikanth and Suman played the negative role. Maverick director Shankar had made the film and it was one of the biggest ever in South Indian cinema till Magadheera smashed its record. Meanwhile, Rajinikanth’s next film Vikram Singha has been pushed to summer, 2013 and Shankar is currently busy shooting for Vikram, Amy Jackson starrer Manoharudu in China.