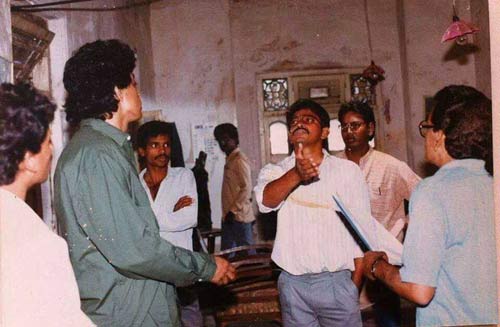 Shiva is a film that needs no introduction. The film created a sensation of sorts during its release and changed the way Telugu cinema was made during that time.

Every now and then, something interesting comes out one after the other, and today, one working still of the film has gone viral all over.

Seen here in the picture is RGV explaining a scene to the late Raghuvaran. Also seen in the background is noted director Gunasekhar who was working as an AD on that film.