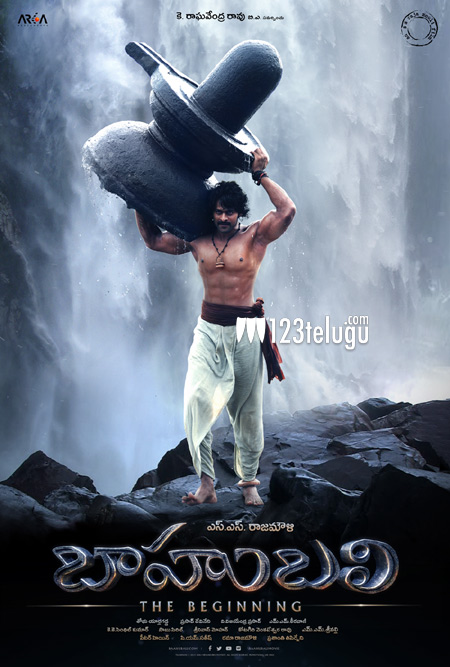 The poster of Shivudu from Baahubali was released to a thumping response from all angles yesterday. Reaction from Prabhas fans and common audience has been so good that ‘Shivudu’ trended on social media on a national level.

Both Twitter and Facebook showed the trend on a national level for more than seven hours after the poster released, highlighting the buzz around the poster. Bollywood production figure Karan Johar and Tamil producer Gnanavel Raja are releasing the Hindi and Tamil versions respectively and they are delighted as well.

Baahubali will release on July 10th across India in a big way. SS Rajamouli has directed this movie.