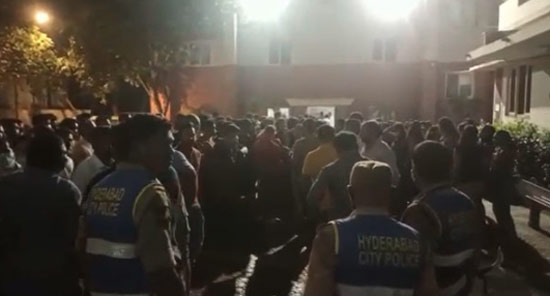 Police have stepped up surveillance in Hyderabad in the wake of the recent spate of massive drug activities. It was during this sequence that another huge rave party was busted up in Hyderabad.

The task force police raided a reputed pub in Banjara Hills at around 3 AM on Sunday and arrested around 150 people, including the owner. This has become a hot topic as many noted people from the film industry are also there among them. It seems that all of them used drugs at the party held in the pub. Many young women also participated in this party.

All those arrested were shifted to Banjara Hills Police Station. It is said that they were detained after operating the pub till 3 AM against the rules. Meanwhile, some were released after the trial and 38 are currently in police custody. However, it seems that they have got into an altercation with several policemen who allegedly arrested them.