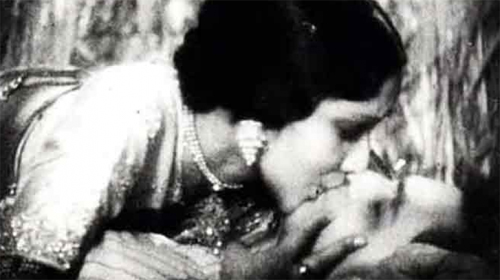 Lip locks are a part and parcel of Indian films these days but things were not the same a few decades back. Heroines kissing their heroes was a big thing especially in Telugu cinema and even now you do not see much lip locks in Tollywood.

But did you know when was the first-ever lip-lock that happened in a film? This was in a Hindi film called Karma way back in the year 1933.

Heroine Devika Rani locked lips with her real-life husband on screen. This scene created a sensation of sorts in Bollywood and was trolled brutally.