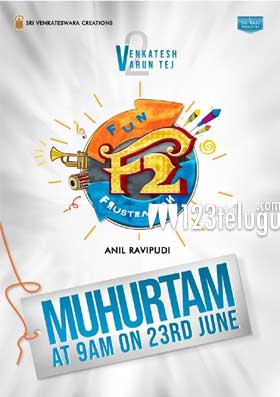 Varun Tej and co are shooting as of now and very soon, Venkatesh will join the sets of the film. Dil Raju produces this film which has Mehrene as one of the female leads.