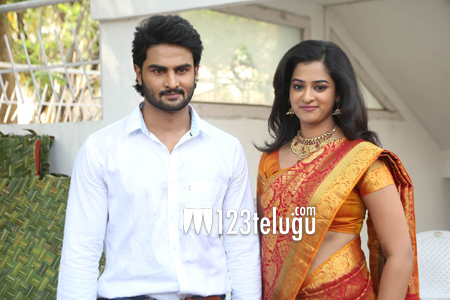 The principal shooting has started for Sudheer babu’s ‘Krishnamma Kalipindi Iddarini’. Nandhita will be sharing screen space once again with Sudheer babu in this film. These two earlier teamed up for the block buster ‘Prema Katha Chitram’ earlier.

“Started shooting my new film “Krishnama kalipindhi idharini”.Need all your blessings to our team.”, tweeted Sudheer babu.
This movie is a remake of the kannada film. Charminar. Chandru who directed the original version will be direction the Telugu version as well.

Lagadapati Sridhar is producing this movie. and Hari is composing the music for this film. Lets hope the Sudheer babu – Nandhita pair reproduce their PKC chemistry once again this time around.