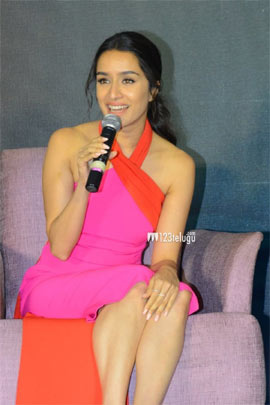 Shraddha Kapoor seems to have had a ball shooting for her first-ever Telugu film opposite Baahubali star Prabhas.

The actress who has been promoting the duo’s upcoming film Saaho spoke in an interview and was positive about the two years she spent working in the film.

She revealed that even though Prabhas is a huge star, he’s a person with the most amazing heart and that shooting for Saaho was one of the best experiences ever.