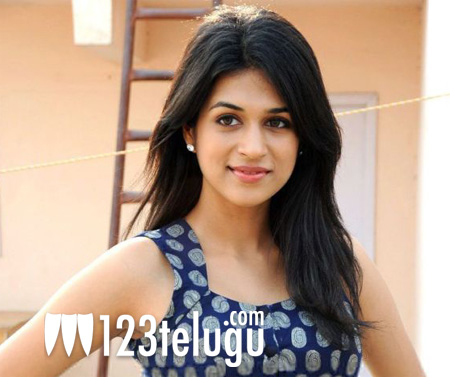 Shraddha Das, who had her hands full in Telugu & Malayalam films till couple of months ago, has taken a break from her work in South. For the past few weeks, she had been shooting for her upcoming Hindi film. We had reported earlier that she had bagged a three film deal with a major Bollywood production house and currently she’s shooting for one of them. “For hyd tweeps askn,Been away n will b away from hyd for quite some time! As of now chandigarh shootin for the next 20 days..nite ppl!” she posted on Twitter. In the past, she had played one of the lead roles in Madhur Bhandarkar’s Dil Toh Bachcha Hai Ji and acted in another critically acclaimed Hindi film Lahore. She’ll soon be seen in YVS Chowdhary’s Rey in which she’s playing the role of a pop diva. Sai Dharam Tej, Saiyami Kher and Shraddha Das are playing the lead roles in this music love story. Apart from this film, she’s playing an important role in Vinayan’s multilingual film Dracula 3D.