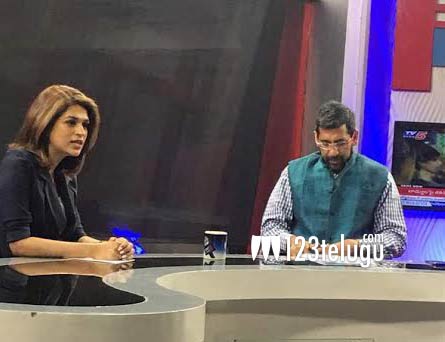 The last time Shraddha Das worked with Praveen Sattaru, it was chaos all over. Her role was quite controversial and raised a lot of eyebrows. But now, she is once again working with Praveen on his latest film Garuda Vega and has a meaningful role this time around.

Shraddha plays a journalist in the film and her role is said to be quite hard hitting. Rajasekhar plays a crucial role in this film which is being made on a good budget. Touted to be a scientific action drama, Sunny Leone will sizzle in one of the songs.