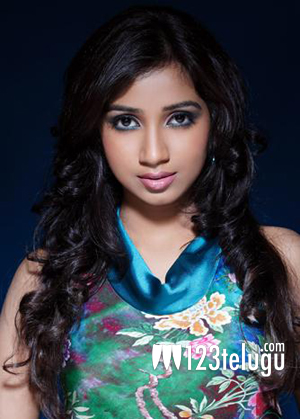 The very talented and beautiful playback singer Shreya Ghoshal is quite popular in Andhra Pradesh. She has sung a number of super hit songs and she appears as a judge for a few reality shows on TV.

During one such show, Shreya had a tough time. She was asked to eliminate some young singers from the show ‘Indian Idol Junior’ and the task proved to be too much for Shreya. “I hate this part of the show. All these young and cute kids are singing so beautifully. It pains me when I am forced to reject a few. “, she reportedly said in a voice choked with emotion. She then broke down while having to make a choice between a brother and sister for elimination.

Shreya Ghoshal sang for ‘Naayak’ and ‘Jabardasth’ in Telugu this year.