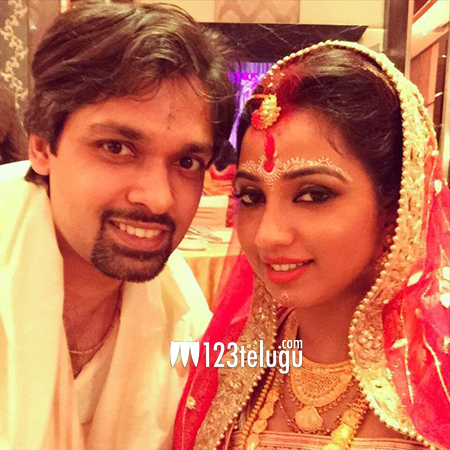 Melodious singer Shreya Ghoshal married her longtime boyfriend Shiladitya Mukhopadhyaya in an intimate ceremony in Mumbai yesterday. Before her wedding, the National Award winning singer stated that she is both nervous and excited about her new beginning. The couple will soon host a lavish reception for friends from film and other fields.

Shreya and Shiladitya knew each other for many years and got the consent from their parents for the marriage last year. Shiladitya is a Mumbai based entrepreneur and also owns an IT firm. Shreya Ghoshal is a well known singer across the country. Shreya mesmerized millions of her fans with her soulful voice and is also quite popular among Telugu music lovers for her songs in films like Okkadu, Naayak etc.