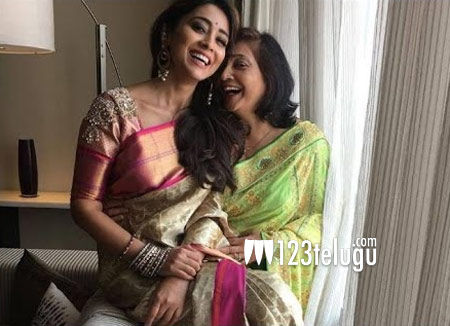 Yesterday, we had reported that Shreya Saran will soon be marrying her Russian boyfriend. The news caught on all over the social media and now, Shriya’s mother, Neerja has responded to this news.

Speaking to an English daily, Neerja said that reports regarding Shreya’s marriage are completely false and said that her daughter is currently busy with a couple of projects in Telugu and Tamil.

She also added that as Shreya is attending a friend’s wedding in Rajasthan, she ordered the Jewellery and clothes from a designer. This news was misinterpret by the media and they created all the marriage rumours.

Meanwhile, Shreya will next be seen in the upcoming film Gayatri which releases this Friday.