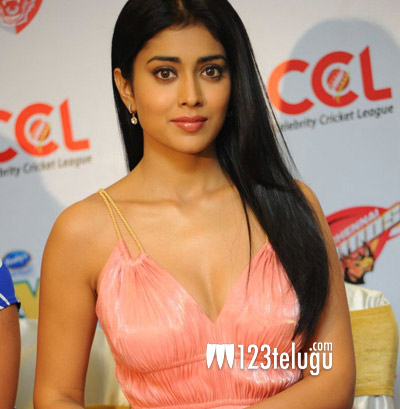 Shriya Saran might have bagged a big project in Tamil, as per the latest buzz in Kollywood. Apparently, the actress is in talks with national award winning director, Bala to play the lead role in his next film. He had earlier made films like Paradesi, Vaadu Veedu and Nenu Devudni.

Buzz is that this untitled film is based on Karagattam, a dance form which is extremely popular in Tamil Nadu. Incidentally, Shriya is a trained Kathak dancer and over the years, she has maintained her reputation as one of the best dancers in the industry. Sasikumar is playing the lead role in this drama, which will go on floors soon. A formal announcement is yet to be made about Shriya’s presence in the film. Ilayaraja is scoring the tunes for this film.

Meanwhile, Shriya will soon be seen in Vikram Kumar’s Manam in which she has been cast opposite Nagarjuna. The film is expected to release on March 31.