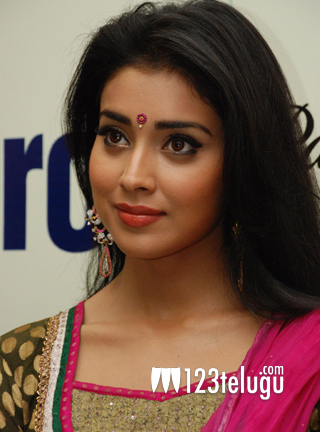 Shriya Saran is slowly but surely making her presence felt in South Indian film industry once again. She recently missed a chance to play the lead role in Bala’s next film and then there were rumours that she was approached for a Malayalam film; however, that didn’t work out either.

The latest reports suggest that she has signed a Tamil film in which she’s paired up opposite Ameer. In the past he had directed films like Paruthiveeran and Aadhi Bhagavan and in this untitled film, he’s going to play the lead role apart from producing it. Newcomer Karthik is going to direct the film and buzz is that it’ll be shot in Telugu as well and talks are on with some top actors here.

On the other hand, Shriya will soon be seen in Vikram Kumar’s Manam in which she’s paired up with Nagarjuna. The film also stars ANR, Naga Chaitanya and Samantha in lead roles.