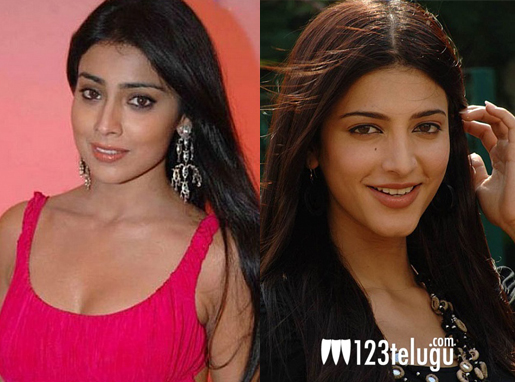 Shriya Saran and Shruti Haasan have been ranked among the top 20 most desirable women of 2011 in a poll conducted by a leading national daily. More than 3.74 lakhs were polled in perhaps the largest survey in the country to get a pulse of the audience and whom they are interested in. Kareena Kapoor topped this list and the other usual suspects like Katrina Kaif, Deepika Padukone, Priyanka Chopra, Anushka Sharma were the other celebrities in top 5 positions. Interestingly, Aishwarya Rai has been pushed to number 10 in this list. Although the list has been dominated by mostly Bollywood celebrities, few South Indian actresses did make their presence felt among the top 20 positions. Genelia D’Souza was ranked at number 12 and Shriya Saran was ranked at number 15. Shruti Haasan, Asin, Amy Jackson, Trisha and Ileana occupied the positions from 15 to 20. Another point to be observed is that almost all these actresses have acted in at least one Hindi film which seems to have played a crucial role in their pan India appeal.