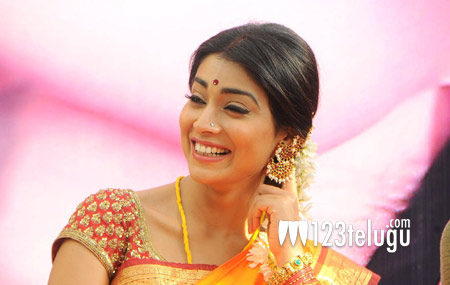 The principal shooting of Shriya’s upcoming film Pavithra is almost complete. Except for two songs, the rest of the film’s shooting has been wrapped up. The film has a caption – A Bold and Gold film. Janardhan Maharshi is directing the film. Sadhak Kumar and Sai Maheshwara Reddy are producing the film. Talking about the film, the producers said, “Janardhaan Maharshi has come up with a fabulous script. Pavithra will be a film which will glorify the honour of women. Honestly, we are making a good film which is why the caption says it’s a gold and bold film.” Janardhan Maharshi said that Pavithra will be one of the most memorable roles in Shriya’s career. Kaushik, Shivaji and Roja have played important roles. M M Sri Lekha has scored the music. The film will hit the screens in March.