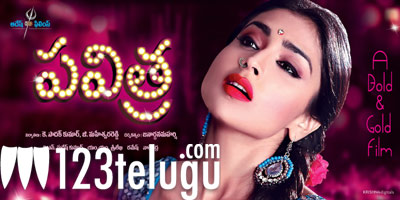 Shriya starrer Pavitra is in the last stages of shooting. Janardhan Maharshi is directing this film which narrates the story of a woman who fights for justice and goes on to become a politician. The film’s shooting is currently progressing near Krishna Kanth park in Yousufguda, Hyderabad and some key scenes are being shot on Shriya Saran. Sai Kumar, Roja and AVS are playing important roles. V N Suresh Kumar is the cinematographer. M M Sri Lekha is scoring the music. K Sadhak Kumar and G Maheshwar Reddy are producing the film under Adesh Films banner.

Meanwhile, Shriya Saran, Siddharth starrer Midnight’s Children is slated for release across India on February 1. Deepa Mehta has directed this film which has been adapted from a novel of the same name written by Salman Rushdie. The film was premiered at Toronto Film Festival last year and all eyes are on Shriya and Siddharth who played two of the three most important characters in the film.