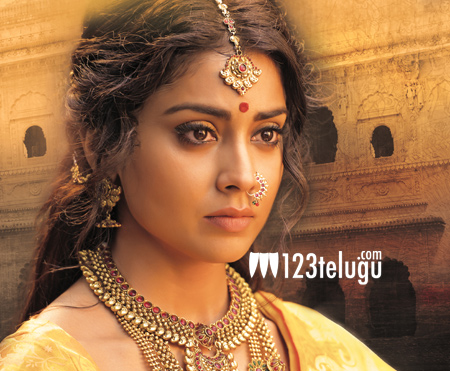 The first look of Shriya from the film was revealed today by the director Krish on the occasion of her birthday. Shriya will be seen in the role of Vashisti Devi, wife of King Shatakarni.

Veteran Bollywood actress Hema Malini is playing a key role in the film which is slated to release during Sankranti in 2017.