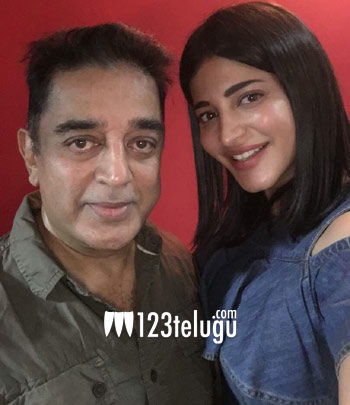 Shruthi Haasan’s performance has been appreciated quite well in the recently released Hindi film Behen Hogi Teri. The latest news is that the ace actress held a special screening of the film for her dad Kamal Haasan and few of her childhood friends in Chennai yesterday night.

The report is that Kamal liked Shruti’s performance and appreciated her efforts. The film is a small time romance and has Rajkumar Rao playing the main lead.

The posters and trailer were well received but the film has started on a slow note in India. The film is directed by Ajay Pannalal and has Gautam Gulati in an important character.