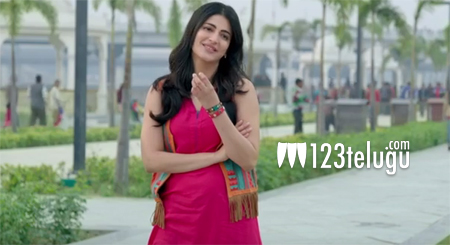 Star heroine, Shruthi Haasan is all over the place these days. After appearing in Pawan Kalyan’s Katamarayudu, she will now be seen in a simple and entertaining Hindi film Behen Hogi Teri.

The trailer which was released today promises to be a lot of fun with Shruthi playing a crucial role. National Award winner, Rajkumar Rao plays the main lead who is trying to woo Shruthi Haasan.

The film is set in Lucknow and is based on a firebrand kind of a girl played by Shruthi Haasan. Set for a release on the 27th of May, this film is directed by Ajay Pannalal.