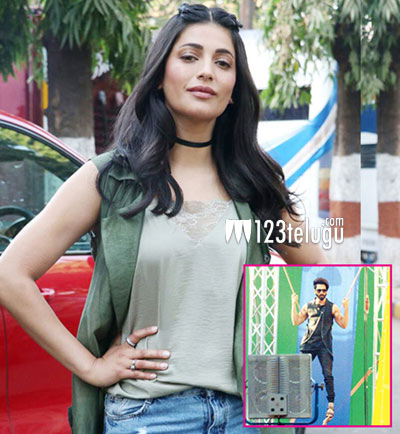 Shruthi Haasan is one actress who is busy doing films all over the country. She has some big budget flicks lined up for release this year. Meanwhile, Shruthi today shot for a commercial Ad with Bollywood heartthrob Shahid Kapoor in Mumbai.

The Ad is for a footwear company and Shruthi will be doing some cool stunts along with the Hindi star in the Ad. On the other hand, Shruthi will be next seen in Katamarayudu with power star Pawan Kalyan which will release this Friday.

Apart from this, Shruthi has two other films in Hindi which will release later this year.