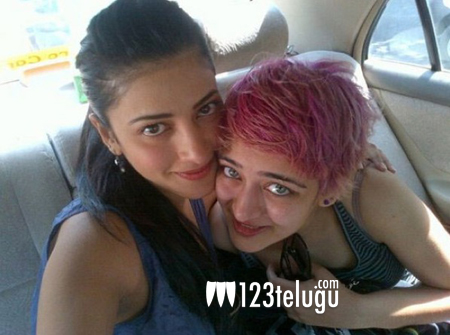 Looks like Shruthi Haasan is in no mood to relax. She is balancing her acting career quite well, and is making sure that her singing career does not effect much. If the latest reports are to be believed, Shurthi is all set to sing a song in her sister’s debut Bollywood film Shamitabh.