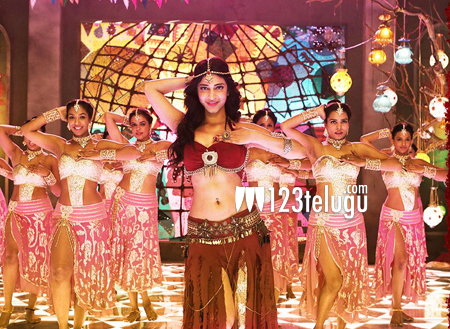 The multi-talented Shruthi Haasan has become one of the most sought after actresses in Bollywood in a short span of time. She has a host of films under production and is actively participating in the shooting of all of them. According to the latest reports, this beautiful actress has sung for a number in the Sonakshi Sinha, Arjun Kapoor starrer Tevar.

Interesting fact is that Shruthi Haasan will also be seen in a special item number in this film. Tevar is the official remake of super star Mahesh Babu’s hit flick Okkadu.

Get ready to see a sizzling hot Shruti Haasan in the movie.