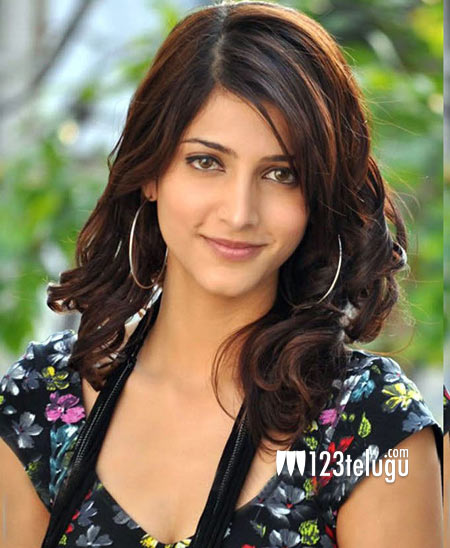 Shruthi Hassan had a shaky start in Tamil cinema early in her career. Although she grabbed opportunities along side Dhanush and Suriya at an early stage, these films were not able to capitalize her at the box office.

Latest news is that Shruthi Hassan is super excited to grab a role in Tamil star Vijay’s next movie. This yet to be titled film will be directed by Chimbudevan. The film will be most probably dubbed in Telugu as well, although nothing has been confirmed yet.

“Am super happy to be Vijay sirs leading lady in Chimbudevan’s next! Time to make an epic film! #tamilponnu #excitement #superu #whatastory,” Shruti tweeted. This is going to be Vijay’s 58th film.

Vijay is currently busy with Kathi and Shruthi is completing various bollywood commitments and a Tamil movie with Vishal currently.