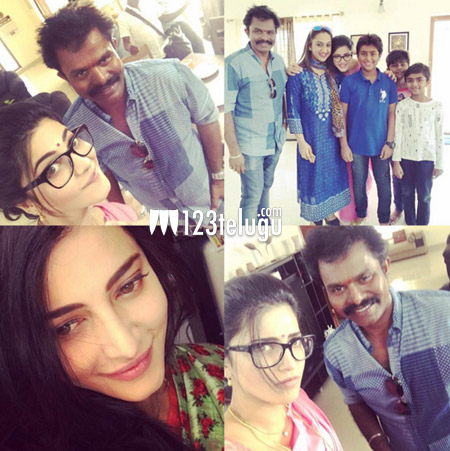 It is already known that the regular shooting of Suriya’s Singham 3 is going on a brisk pace. Latest update reveals that Shruthi Hassan who plays the other female lead has joined the shoot recently.

Some key scenes on Suriya and Shruthi are being shot by director Hari currently. Touted to be an all-out action entertainer, the film also has Anushka as the other female lead. The film is expected to hit the screens in late summer.