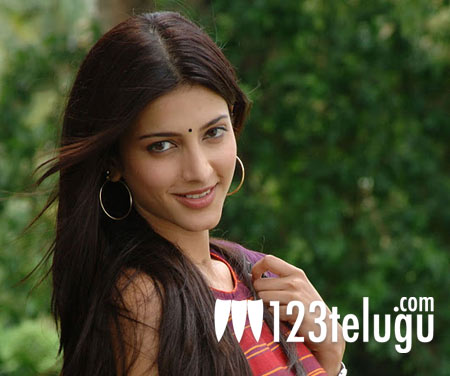 Recently, Power Star Pawan Kalyan was in the news for going to Khammam and fulfilling the last wish of a dying fan. He won a lot of admiration and fans for his kind act, which was well reported across many areas.

Now glamorous queen Shruti Haasan has followed in Pawan’s footsteps to fulfil the dying wish of her fan. Shruti’s die hard fan Shital requested some time with her favourite actress after learning that her illness is terminal.

This was conveyed to the actress by Make a Wish foundation and Shruti responded positively. She took time off from her shooting in Mumbai and visited Shital in Pune. Shruti also gave a letter to Shital and spent some quality time there.