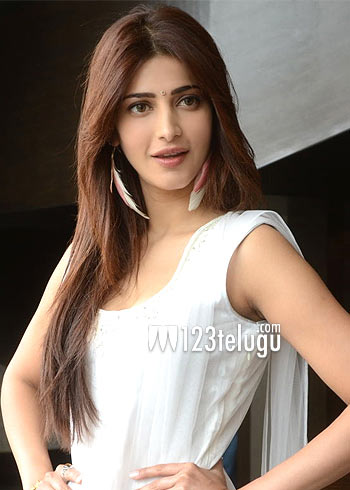 Fresh from the blockbuster success of Srimanthudu, gorgeous actress Shruti Haasan has bagged yet another hit with her Friday release, Welcome Back. Starring Shruti, John Abraham and Nana Patekar in the lead roles, this high budget Bollywood comedy is a sequel to the 2007 hit Welcome. Welcome Back, though opened to mixed reviews, won audiences appreciation and already collected 50 crore within just two days.

Bollywood trade circles are confident of the film’s solid run until next week and the film looks all set to enter the coveted 100 crore club. This will be Shruti’s second straight hit in Bollywood after Akshay Kumar’s Gabbar Is Back, directed by Krish. And in Tamil, Shruti’s upcoming film with Ajith is nearing completion and she will also start shooting for Suriya’s Singham 3 from this year end.