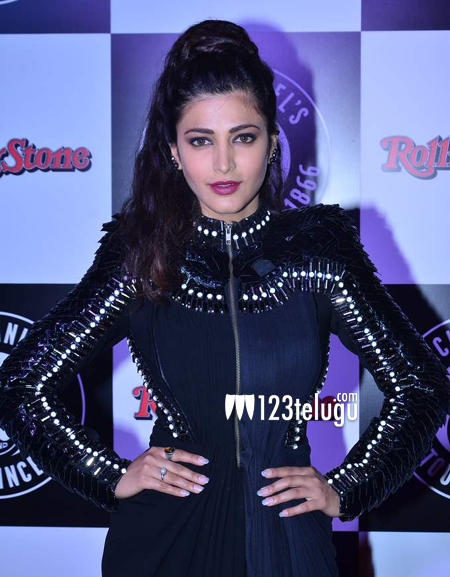 It looks like Shruti Haasan has resolved to take her singing career seriously this year. Recently, she sang a song for her upcoming Telugu film, Race Gurram. It was composed by S S Thaman and the actress was thrilled about teaming up with Thaman.

Now, Shruti Haasan is recording another song with Anirudh Ravichander, the music director whose previous credits include ‘3’ and Vanakkam Chennai. Incidentally, she had sung a song in ‘3’ and the album, which also included the song ‘Kolaveri Di’, went on to become a huge musical hit. “Recording a song with @anirudhofficial for maan karate! Fun fun fun!,” she posted on Twitter. Maan Karate stars Siva Karthikeyan and Hansika in lead roles and it’s one of the most eagerly awaited Tamil films this summer.

Apart from Race Gurram, she’ll also be seen in Welcome Back, Gabbar later this year and she’ll join the sets of Vishal’s next Tamil film in April this year.