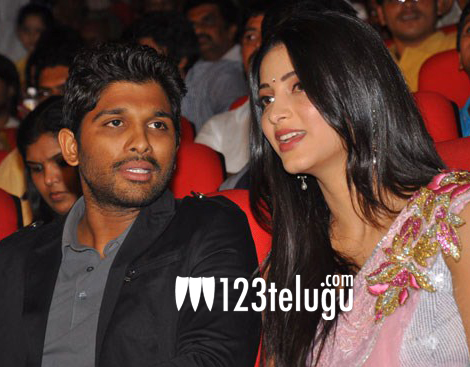 Stylish Star Allu Arjun will soon start working for a new movie in Surender Reddy’s direction. Pre-production work for the film is already underway and we are now hearing reports that Shruti Haasan has been roped in for the project. The news has not yet been confirmed officially.

Nallamalupu Bujji and Dr K Venkateshwara Rao are going to jointly produce the film. Media sources say that ‘Race Gurram’ is a title which is being considered by the team.

The film’s regular shoot will start in April.