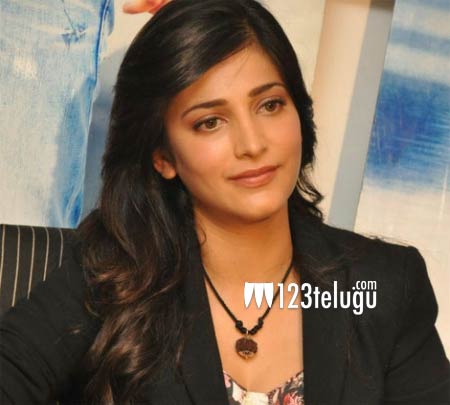 Actress Shruti Haasan was last seen in Pawan Kalyan’s Katamarayudu and Suriya’s S3 in 2017. Although she has a Bollywood film in her kitty, Shruti seems to have diverted all her attention to singing and producing movies, as she has not signed any new film as an actress in Tollywood or Kollywood.

It’s well known that Shruti is turning producer with a film titled The Mosquito Philosophy. The film, directed by Jayprakash Radhakrishnan, is slated for release soon. In a latest interview, Shruti said that she aims to produce quality, path-breaking movies under her banner Isidro in future. Shruti’s mother and yesteryear heroine Sarika is looking after the production formalities.