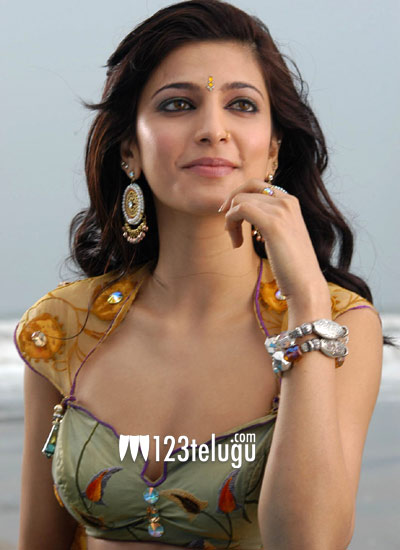 Shruti Haasan is just three films old as an actress in Telugu, although she’s one of the busiest actresses in tinsel town post the success of Gabbar Singh. In Anaganaga O Dheerudu, she played the role of a gypsy whereas in Oh My Friend she played a girl next door character before playing a village belle in Gabbar Singh. For the first time in her career in Tollywood, she’ll be seen in a glamorous role in her upcoming film Balupu. In a recent interview, she joked, “For the first time in my career in Telugu, I get to wear jeans pants and mini skirts. It’s fun doing such a glamorous role.”

That’s not all. She’ll be dancing for her first mass dance number in Balupu. This song is currently being shot in Ramoji Film City and those have seen Shruti Haasan are surprised at her transformation. Ravi Teja is playing the lead role in Balupu and Anjali is the other actress. Gopichand Malineni is directing the film and Prasad V Potluri is producing it. Thaman is scoring the music. The film is slated for release in summer this year.