Shruti Haasan is Bhagyalakshmi in Gabbar Singh?
Published on Mar 1, 2012 8:07 am IST 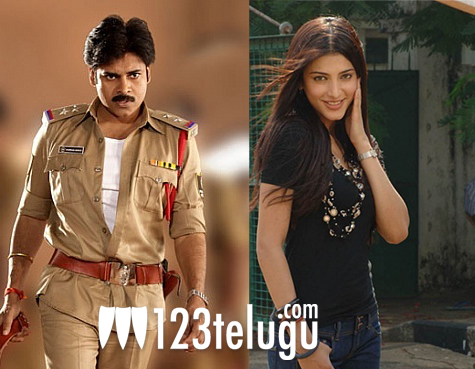 Power Star Pawan Kalyan’s masala entertainer ‘Gabbar Singh’ is going full speed ahead with its shooting and Shruti Haasan is the female lead in this film. We have received reports from sources that Shruti Haasan will be seen as the village girl Bhagyalakshmi in the movie. The same role was played very competently by Sonakshi Sinha in the Bollywood blockbuster Dabangg, from which Gabbar Singh is being remade.

Harish Shankar is the director of this film and Devi Sri Prasad has scored the music. Ganesh Babu is producing this movie on Parameshwara Arts banner. The movie is slated for release in summer 2012.