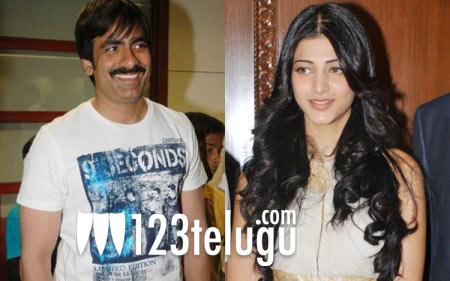 Shruti Haasan has begun filming for her upcoming film Balupu. The film’s shooting began earlier today in Hyderabad and currently some scenes are being canned on Ravi Teja and Shruti Haasan. This is the first time she’s shooting for a film in Hyderabad after the release of Gabbar Singh. “Having a great first day on the sets of balupu! Completely different experience for me! Such a lovely team 🙂 feeling charged,” she tweeted. Ravi Teja, Shruti Haasan and Anjali are playing the lead roles in this mass entertainer. Gopichand Malineni is directing it and Prasad V Potluri is producing it under PVP Cinemas banner. S S Thaman is scoring the music.