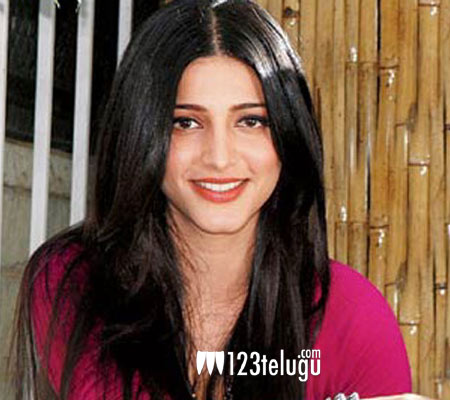 Shruti Haasan has extended her support for P&G’s corporate social responsibility initiative named ‘Shiksha’. The company had been aggressively promoting this initiative for the past few years to raise funds for education of underprivileged children across the country.

Several Bollywood celebrities including Sunny Deol, Neha Dhupia and other famous personalities like Anil Kumble had supported this initiative in the past and now Shruti Haasan has joined this league. Earlier today, she visited Vidyawanti ZP High School and spent time interacting with the children at the school. Soon after that, she posted on Twitter saying, “Great to be a part of the P&G Shiksha movement here at Hyderabad. #PGShiksha.”

Meanwhile, she is expected to join the sets of her upcoming Hindi film, Gabbar soon. She has already completed shooting for Race Gurram which will release later this summer.