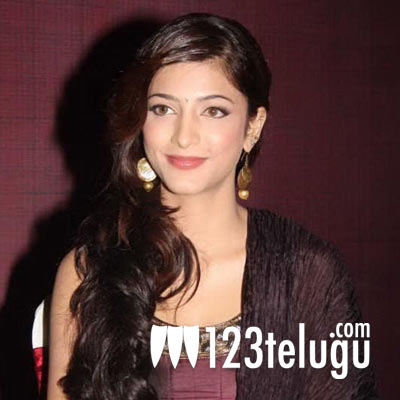 Shruti Haasan is all set to join the sets of her upcoming Hindi film to be directed by Prabhu Deva. She had signed this film few days ago and it’s said to be a remake of Nuvvasthanante Nenoddhantaana. Girish Kumar Taurani, son of Bollywood producer Kumar Taurani, is making his debut in this romantic film. “Excited to start work on my new film tomorrow with the amazing @PDdancing and super sweet @girishkumart,” Shruti Haasan posted on Twitter. This is Shruti Haasan’s third Hindi film after Luck and Dil Toh Bachcha Hai Ji. After the success of Gabbar Singh, she has become lot more confident and Kolaveri Di has made her quite popular in Hindi speaking regions as well. This film will almost be like a relaunch for her in Hindi and with Prabhu Deva directing the film, all eyes will be on Shruti Haasan to see if she can break the jinx in Hindi as well. She’ll join the sets of Ravi Teja’s Balupu later this year.