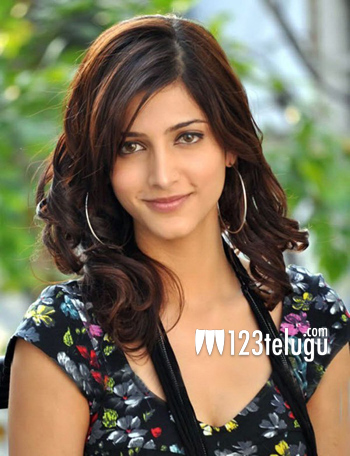 The hot and stylish Shruti Haasan is playing the lead role in the mass action entertainer ‘Race Gurram’. Apart from acting in the film, she is also singing a song this time. The song is ‘Down Down Duppa’ and Thaman has composed the music.

Shruti Haasan has sung many songs in super hit Bollywood and Tamil films before she became an actor. This song is expected to be a special attraction for the film and it was shot recently in Ramoji Film City. Saloni will be seen as the second lead.

RG is gearing up for a release soon and Nallamalupu Bujji is the producer of the film.